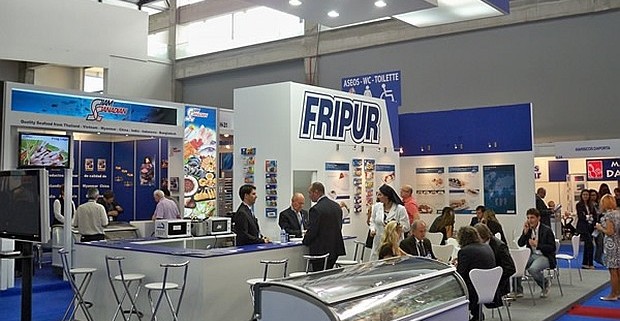 A judge has given preliminary approval to a bid from an affiliate of Canada’s Cooke Aquaculture to purchase the shuttered operations of Uruguay’s largest processor, Fripur, a Cooke spokeswoman confirmed.

Cooke Seafood USA, which last year bought Wanchese Fish Company, put in a bid for 100% of Fripur’s operations in December alongside a rival bid from a co-operative of Fripur workers. But the judge ruled out the cooperative’s bid and approved one from Cooke Seafoods.

Nell Halse, speaking for Cooke, confirmed to Undercurrent News that the bid was accepted but said the acquisition isn’t complete.

“We have only completed the initial step of the process on the Fripur deal so there’s still a significant amount of legal work that can be completed before the assets can be legally transferred,” she said.

Citing a company policy not to comment on ongoing negotiations, she declined to detail what is being purchased or when it might be complete but confirmed that the bid is moving forward.

Cooke is being advised in the deal by Ignacio Kleiman’s Antarctica Advisors.

Fripur shut down operations in August 2015 after filing for bankruptcy in 2014 with debts ranging between $30 million and $50m.

At one point the company had revenues of $79m a year and had invested $18m in its processing plant since 2006, Undercurrentreported previously. Its operations were vertically integrated, with a fleet of 21 boats with quotas and fishing operations in Uruguay and Argentina.

The company had 15 vessels in Uruguay fishing hubbsi, or Argentine hake; two fishing red crabs and two clams. Another six vessels fished both hubbsi and hoki in Argentina under five licenses.

The company had been suffering financial problems since 2013, and received a decisive blow when Nigeria cut imports of fish including croaker, which had been one of the mainstays of the group.

When the plant closed, around 960 workers were laid off. About 200 of those workers formed a co-operative to bid for the company. Fripur’s liquidators said previously that if none of the bidders were interesting in buying the company “as a whole” for a starting price of $15m, the assets could be sold separately.

Halse declined to specify exactly what was purchased or say how the laid off workers would be impacted until the deal was final. But she added the company’s history speaks for itself.

“Our involvement in rural communities in many global situations — in Spain, the UK, the US, in Chile and in Canada — has been very beneficial to these rural and coastal communities. That’s our track record and we’re going to take the same approach in this acquisition once it goes through the final process and if it’s successful,” she said.

She said the Fripur deal would complement Cooke’s overall growth strategy. “There will be a lot of synergies with our other seafood companies. Our intention is to build our seafood business whether it’s from the fishery or aquaculture, both sides. This is just one other piece,” she said, adding that the company’s growth ambitions are well known.

“We’ve been very open about the fact that even though we started out as an aquaculture business with our core business being salmon farming, we have actually expanded into fishery.”

Cooke Aquaculture is a shareholder in a shrimp fishery in Newfoundland and its distribution arm in Dartmouth, Nova Scotia buys fish locally in Canada, she said.

In June of last year, the Cooke family, which owns the Canadian salmon farmer Cooke Aquaculture, signed an agreement with the Daniels family for the purchase of Wanchese, a harvester, processor

and distributor based in Suffolk, Virginia with the capacity of to harvest 4,000 metric tons of wild scallops, flounder and other seafood product annually.

The owners of the Canadian group have embarked on an “aggressive” plan for growth that continues to this day, with acquisitions and a strategic search for development opportunities, according to its website.

As Undercurrent reported in February, Cooke has also been rumored to be a potential buyer of the US fishing, farming and processing company Icicle Seafoods, which New York-based private equity partner Paine and Partners has been trying to offload.

For further information on Antarctica Advisors please visit www.AntarcticaLLC.com or contact us at:

How to Invest in Seafood Stocks